On Friday, 28th September, the Ministry of Education announced sizeable changes to the exam structures of Primary and Secondary students. Given the increasing call for Singapore’s education system to move beyond grades, it is not surprising that MOE has taken steps to reduce the emphasis on exam results. 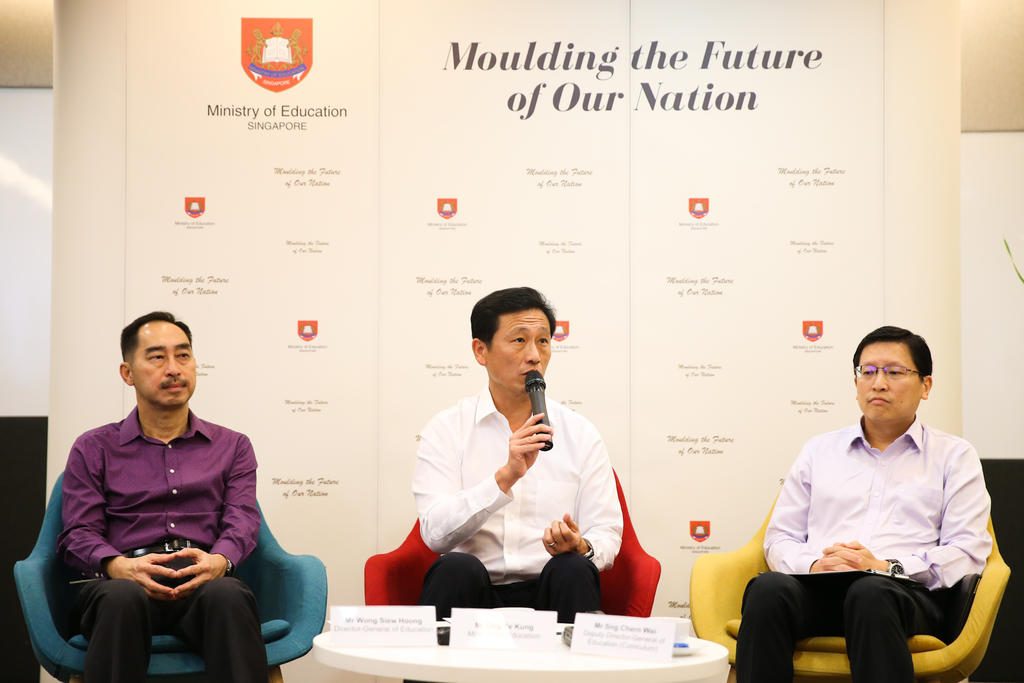 The main changes are: 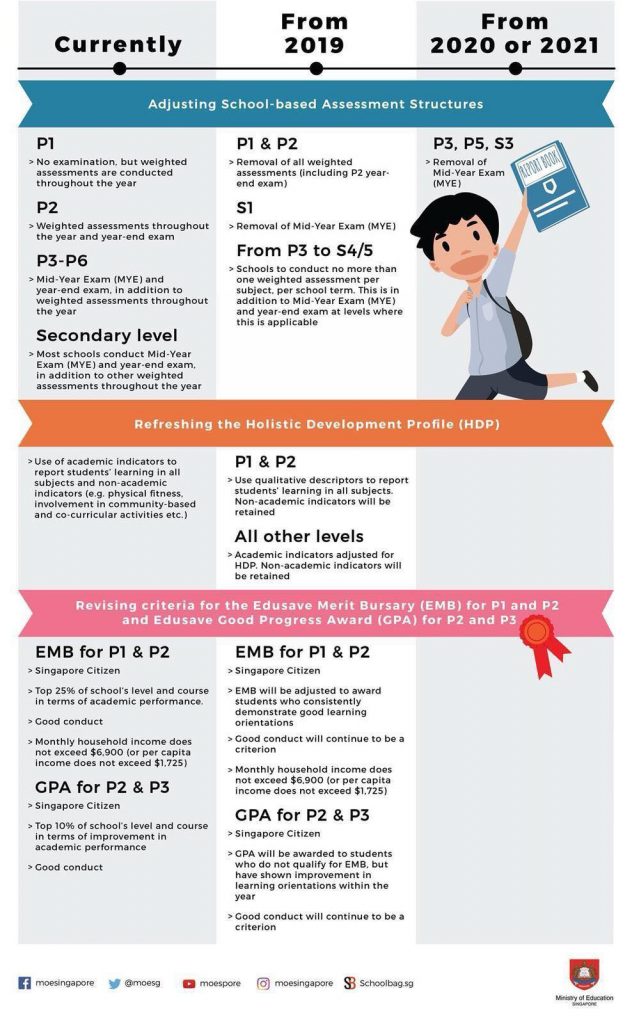 The Ministry explains that reducing the number of examinations, particularly during the early years of Primary School as well as the transition years at Primary 3, 5, Secondary 1 and Secondary 3, would provide students more time and space to adjust to the increased academic requirements of these levels. Removing indicators such as class and level positions would discourage comparison and shift the focus to one’s own learning.

What is the impact of such changes?

We spoke to a former teacher who was generally ambivalent about the benefits of such a change:

I feel it’s both good and bad. It is less stressful but students will still have non-weighted assessments. I feel that the Ministry is compelled to do something to address and appease the parents who keep complaining about exams and the stress their kids need to endure at such a tender age, but I don’t feel the change was necessary as they would ultimately still need to sit for national exams. Having exams serves as a good check and balance as well as practice to be familiar with the experience of a full weighted exam.

An adjunct teacher we talked to points out that without a mid-year examination, the stress would be concentrated in the single year-end exam which determines which class students would enter the following year.

Others were more optimistic. Xuan Jing, one of our Secondary 1 Learners, applauded the move. When asked if it’d just mean higher stakes during the end-of-year examinations, she mentioned that there are already sufficient class tests and assessments to ensure that she is well prepared throughout the year.

Mark, another of our Learners, chipped in that there’d be more time for him to study his topics.

“More time for Fortnite?” I joked, referencing the video game that is currently massively popular among teenagers. He grinned sheepishly.

A letter to my children on education and life

A Christmas with League of Learners